VERY interesting news from the scientific community just yesterday with the announcement of a technique to create carbon nano-fibers right out of the atmosphere to be used for a wide collection of applications, including the structural elements for boats. 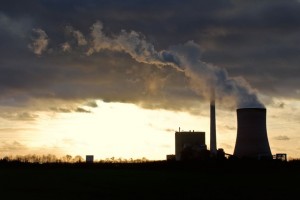 ‘Diamonds from the sky’ approach turns CO2 into valuable products

BOSTON, Aug. 19, 2015 — Finding a technology to shift carbon dioxide (CO2), the most abundant anthropogenic greenhouse gas, from a climate change problem to a valuable commodity has long been a dream of many scientists and government officials. Now, a team of chemists says they have developed a technology to economically convert atmospheric CO2 directly into highly valued carbon nanofibers for industrial and consumer products.

The team will present brand-new research on this new CO2 capture and utilization technology at the 250th National Meeting & Exposition of the American Chemical Society (ACS). ACS is the world’s largest scientific society. The national meeting, which takes place here through Thursday, features more than 9,000 presentations on a wide range of science topics. 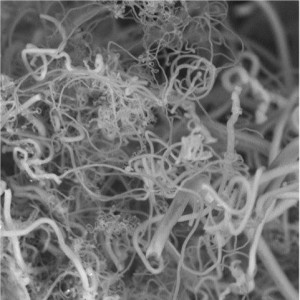 “We have found a way to use atmospheric CO2 to produce high-yield carbon nanofibers,” says Stuart Licht, Ph.D., who leads a research team at George Washington University. “Such nanofibers are used to make strong carbon composites, such as those used in the Boeing Dreamliner, as well as in high-end sports equipment, wind turbine blades and a host of other products.”

Previously, the researchers had made fertilizer and cement without emitting CO2, which they reported. Now, the team, which includes postdoctoral fellow Jiawen Ren, Ph.D., and graduate student Jessica Stuart, says their research could shift CO2 from a global-warming problem to a feed stock for the manufacture of in-demand carbon nanofibers.

Licht calls his approach “diamonds from the sky.” That refers to carbon being the material that diamonds are made of, and also hints at the high value of the products, such as the carbon nanofibers that can be made from atmospheric carbon and oxygen.

Because of its efficiency, this low-energy process can be run using only a few volts of electricity, sunlight and a whole lot of carbon dioxide. At its root, the system uses electrolytic syntheses to make the nanofibers. CO2 is broken down in a high-temperature electrolytic bath of molten carbonates at 1,380 degrees F (750 degrees C). Atmospheric air is added to an electrolytic cell. Once there, the CO2 dissolves when subjected to the heat and direct current through electrodes of nickel and steel. The carbon nanofibers build up on the steel electrode, where they can be removed, Licht says.

To power the syntheses, heat and electricity are produced through a hybrid and extremely efficient concentrating solar-energy system. The system focuses the sun’s rays on a photovoltaic solar cell to generate electricity and on a second system to generate heat and thermal energy, which raises the temperature of the electrolytic cell.

Licht estimates electrical energy costs of this “solar thermal electrochemical process” to be around $1,000 per ton of carbon nanofiber product, which means the cost of running the system is hundreds of times less than the value of product output.

“We calculate that with a physical area less than 10 percent the size of the Sahara Desert, our process could remove enough CO2 to decrease atmospheric levels to those of the pre-industrial revolution within 10 years,” he says.

At this time, the system is experimental, and Licht’s biggest challenge will be to ramp up the process and gain experience to make consistently sized nanofibers. “We are scaling up quickly,” he adds, “and soon should be in range of making tens of grams of nanofibers an hour.”

Licht explains that one advance the group has recently achieved is the ability to synthesize carbon fibers using even less energy than when the process was initially developed. “Carbon nanofiber growth can occur at less than 1 volt at 750 degrees C, which, for example, is much less than the 3-5 volts used in the 1,000 degree C industrial formation of aluminum,” he says.